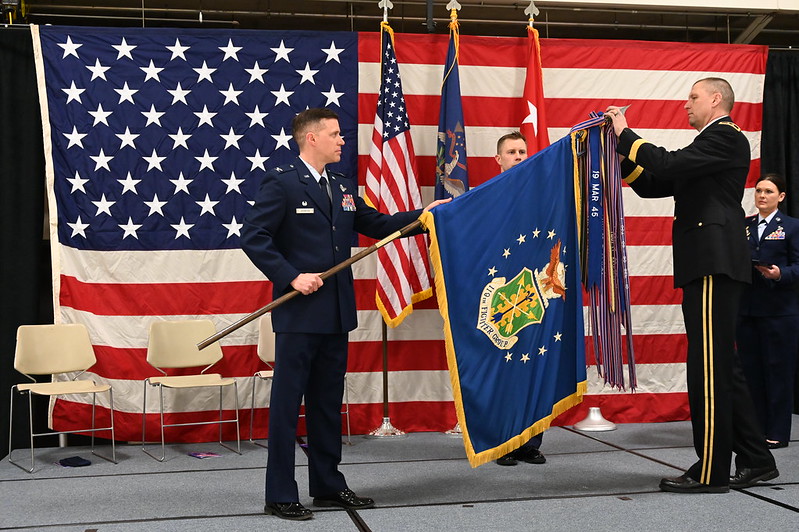 Brig. Gen. Todd Branden, North Dakota National Guard assistant adjutant general for air, presented the award to unit members and commended them for their exceptional service and mission accomplishment. “A unit doesn’t have the legacy of 21 outstanding unit awards without building a culture of excellence that has been handed down for decades,” said Branden. “This award is only possible because of the outstanding Airmen who are a part of the wing.”

The award was accepted by Col. Darrin Anderson, 119th Wing commander, on behalf of the unit. “There are so many great accomplishments happening at the wing; content for the AFOUA nomination pours in every day,” said Anderson. “Receiving our 21st AFOUA is a phenomenal achievement by the Happy Hooligans.”

The AFOUA is awarded by the secretary of the U.S. Air Force to numbered units of the active-duty Air Force, U.S. Air Force Reserve and Air National Guard that have distinguished themselves by exceptionally meritorious service or outstanding achievement.