Chaplain (Maj.) Dellas Herbel, 119th Wing, was among the chaplains featured via a live broadcast of the celebration of the U.S. Air Force’s 73rd birthday worship service from his deployed location in southwest Asia on September 13, 2020. The broadcast originated in the Washington National Cathedral, Washington, D.C., and included a message from Gen. Charles Q. Brown, Chief of Staff of the Air Force, and prayers from diverse religious denominations and affiliations. Chaplain Herbel is an Eastern Orthodox priest, which are few in numbers, and the primary reason he was selected for the honor. Herbel appears at 16:20 on the video 2020 Air Force 73rd Birthday Worship Service 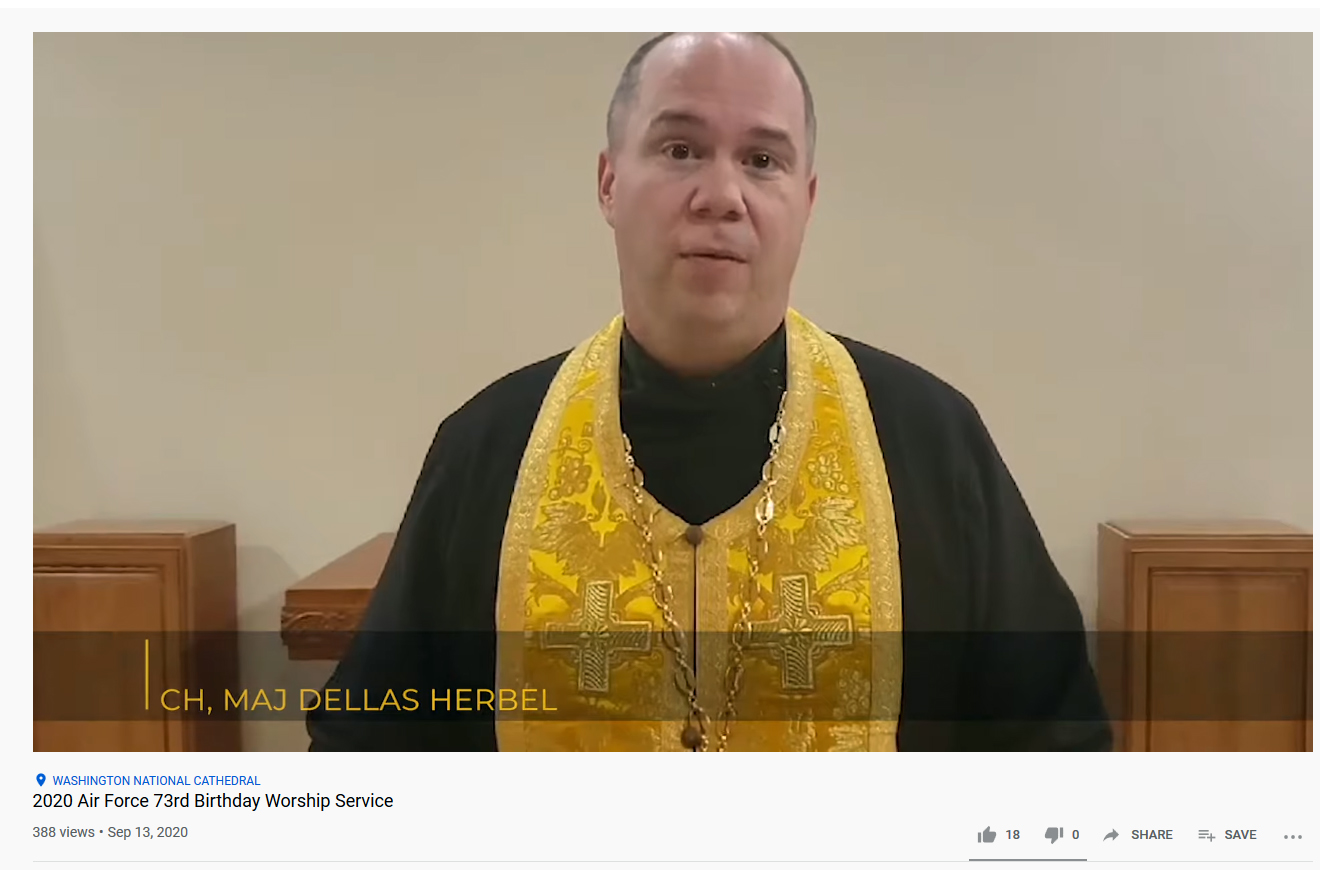 POTUS Support at Fargo Air Base
A C-17 Globemaster aircraft transported a helicopter, a fleet of vehicles, equipment and personnel to the N.D. Air National Guard Base, Fargo, on September 16, 2020. This package was in support of President Donald Trump's visit to Bemidji, Minnesota, on September 18, 2020. (U.S. Air National Guard photo by Tech. Sgt. Nathanael Baardson)
Hooligan Colonel Retires
Col. John Gibbs, the director of staff for Air at the N.D. National Guard Joint Force Headquarters, was honored during a retirement at the N.D. Air National Guard Base, Fargo, N.D., September 12, 2020. The ceremony was held in the base fire department building whose construction he assisted with as the 119th Civil Engineer Squadron commander in 2011. Gibbs served 31 years.
<< All News