"On May 27 our state lost one of its finest, when Officer Cody Holte of the Grand Forks police department was killed in the line of duty.  Officer Holte was also a First Lieutenant in the North Dakota Army National Guard.  Cody dedicated his life to serving his community, state, and nation, always putting the needs of his Soldiers and the citizens he served above his own. On behalf of all the Soldiers and Airmen of the North Dakota National Guard, Becky and I extend our deepest sympathies to his wife, son, parents and loved ones.”

"Yesterday we lost a brother-in- arms, 1st Lt. Cody Holte.  He served as the commander of Det 2, 815th Engineer Company and was a true Soldier. Cody was a selfless leader who spent countless hours preparing his unit for upcoming missions. He led from the front and always put his Soldiers’ needs before his own. Lt. Holte performed every duty to the best of his ability and mentored and motivated his Soldiers to the highest level of readiness. All the Soldiers of the N.D. Army National Guard will miss Cody; we send our deepest condolences to his family and friends."

1st Lt. Cody Holte, 29, assigned to the Lisbon-based 815th Engineer Company was killed in the line of duty in Grand Forks N.D. Holte enlisted in the Army Reserve in 2010, he later commissioned as a 2nd Lt. in the N.D. Army National Guard in 2015, where he served until the time of his death. 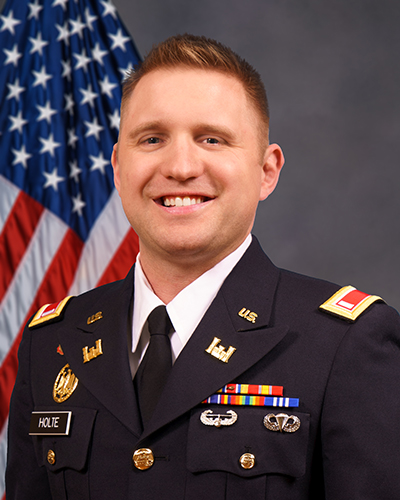