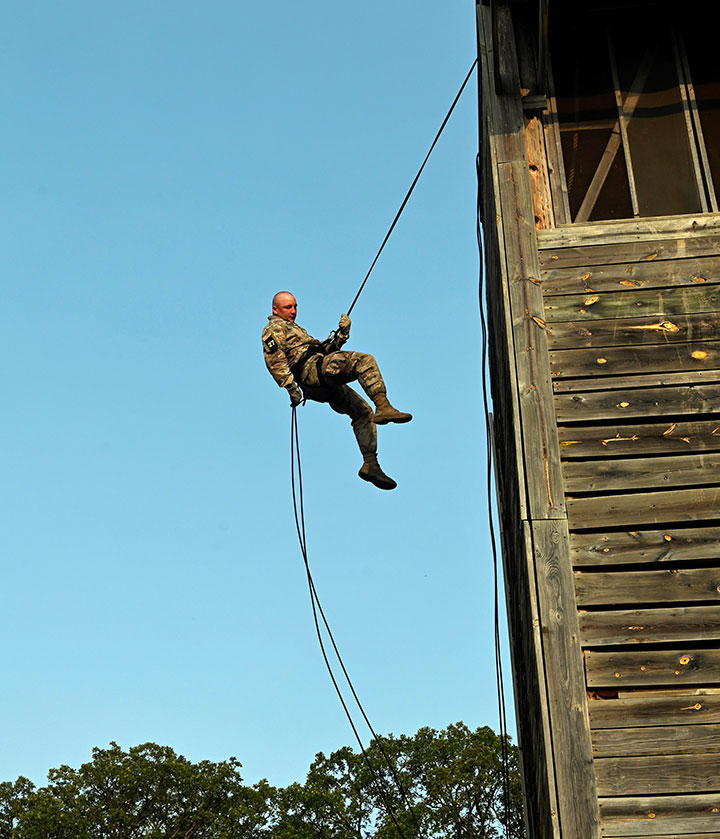 DEVILS LAKE, N.D. — Twenty-two North Dakota Army National Guard Soldiers from across the state pushed through physical and mental challenges during this year’s Best Warrior Competition (BWC) Aug. 12-15, 2021 at Camp Grafton Training Center, near Devils Lake. Over four days, the N.D. Guard Soldiers challenged themselves to prove that they were the best warrior in the state.

When the winners were announced during the final day’s awards ceremony, two Soldiers earned the opportunity to represent North Dakota in the upcoming regional competition next spring. Sgt. Zachary Fischer, 188th Army Band, was the winner in the non-commissioned officer (NCO) category while Sgt. Austin Hanten, 191st Military Police Company won in the Soldier category.

“It feels amazing to win this competition against so many outstanding Soldiers,” said Fischer after the awards ceremony. “It’s great to represent the 188th Army Band in this way.”

The BWC began with competitors testing their endurance during a physical fitness event comprised of pull-ups, dead hang, farmer’s carry, and a three-mile run. From there, competitors donned their Army Service Uniforms to compete in knowledge boards, a series of military-related questions. They also inspected uniforms looking for deficiencies and were graded on their participation in a mock media interview.

“There were some tasks and events that were not familiar to me”, Hanten remarked. “Fortunately, I was able to make up for those by doing well in other events that I was comfortable with.”

The competitors began their second day in the early morning hours negotiating a land navigation course in darkness and later during daylight conditions. Rounding out the second day, competitors fired various weapons systems and finished with the physical challenge of a 6-mile foot march with a weighted backpack.

The remainder of the weekend tested the competitors physical and mental toughness with a confidence course and rappel tower as well as evaluations on a number of common military tasks that all Soldiers are required to know regardless of military occupational specialty.

Preparation for the BWC included months of physical training and studying various military manuals and consulting study guides. Some competitors found it helpful to be mentored by past BWC winners and participants.

“I am proud of the efforts these Soldiers demonstrated. It’s great to see them make connections with each another, added Heck. “We also invited prior BWC winners to help mentor competitors over the weekend.”

The winners will advance to the Region VI competition, which will be hosted by Wyoming, May 2022. They will compete against representatives from seven other states: Alaska, Idaho, Montana, Oregon, South Dakota, Washington and Wyoming. Regional winners compete in All-Guard Competition with an opportunity to compete in the All-Army Competition later in that year.