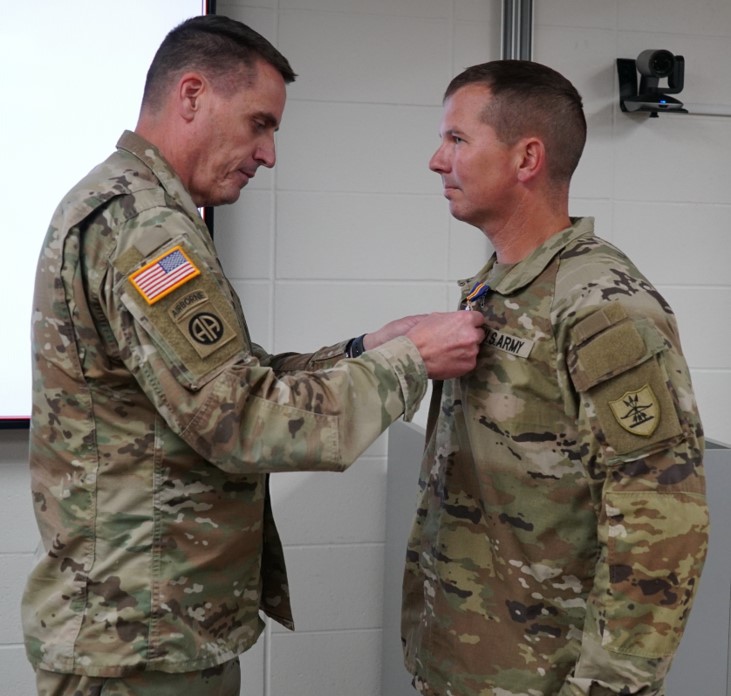 The four Soldiers took immediate action when Brig. Gen. Jon Erickson, North Dakota Army Component commander, collapsed due to sudden cardiac arrest during a military ceremony at Bismarck’s Raymond J. Bohn armory on April 9, 2022. Their lifesaving measures, which included cardiopulmonary resuscitation (CPR) and the use of an automated external defibrillator (AED), were critical in Erickson’s survival and subsequent full recovery.

Over a decade ago, the North Dakota Army National Guard’s State Surgeon’s Office equipped all major armories in the state with AEDs and ensured personnel were trained on the device. The organization is also planning refresher CPR and AED training to ensure preparedness for any future medical emergencies.

Schaffer, Keller, and Gerhardt were presented their awards by Maj. Gen. Al Dohrmann, the North Dakota adjutant general, during a ceremony on Sept. 11, 2022. Tomac, unable to attend the earlier ceremony, was presented his award by Erickson on Sept. 13, 2022. Their actions reflect great credit upon themselves, the North Dakota National Guard, and the State of North Dakota.

This state-level award is named in honor of Master Sgt. Woodrow “Woody” Wilson Keeble, a North Dakota National Guard member who served in World War II and the Korean War. Keeble was awarded the Medal of Honor posthumously in 2008, for courageous actions while serving with Company G, 19th Infantry Regiment of the 24th Infantry Division in Korea.

For an individual to be eligible for The Woodrow W. Keeble “Je Suis Pret” (I am Ready) Award, the act performed must have been one displaying personal courage, fortitude, and determination to protect/defend life, limb or property. This may include, but not limited to, providing lifesaving measures, performing evacuation efforts (i.e. fire), assisting with a vehicle accident, etc.