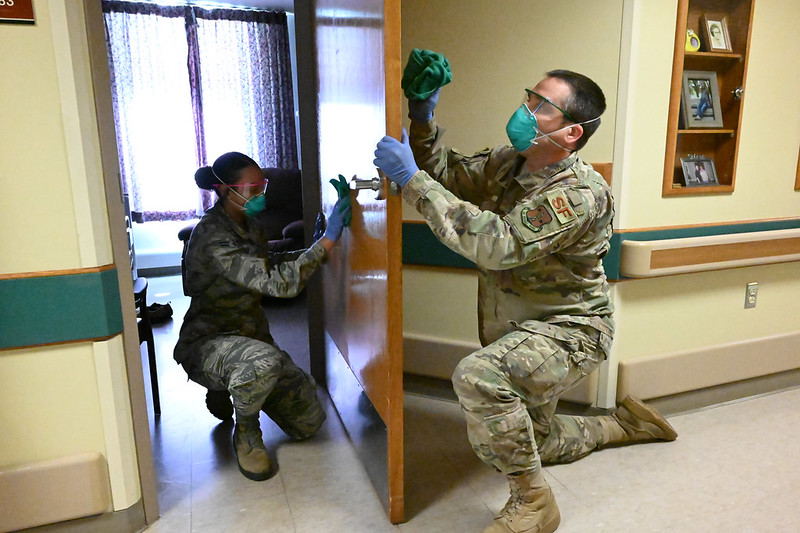 “We are deeply grateful for the incredible contributions of the men and women of the North Dakota National Guard who have risen to the challenges presented by this historic pandemic,” said Gov. Doug Burgum. “Their dedicated service and support has been critical in our whole-of-government response to this unparalleled threat to public health, and our entire state is thankful.”

Members of the North Dakota National Guard have supported the North Dakota Department of Health and local municipal health agencies during this response. Soldiers and Airmen have planned, conducted and administered traditional and later the BinaxNOW COVID-19 tests to include support at mobile testing sites state-wide. North Dakota Guard members have conducted strategic response planning and deep cleaning at long-term and congregate living facilities. Soldiers and Airmen have also trained civilians in the use of BinaxNOW testing, assisted in the administering of COVID-19 vaccines, and aided in the design of prediction models which help guide response and assisted with contact tracing. Guard members have also aided in the transportation of test specimens and provided other support to the state laboratory in Bismarck and administered vaccines to its force in accordance with CDC tiered COVID-19 Vaccine rollout recommendations. Also, Maj. Gen. Al Dohrmann, North Dakota adjutant general, has co-led the state’s Unified Command during state’s response to the pandemic.

“I salute our Guard Soldiers, Airmen and civilian employees for their exceptional efforts and unyielding dedication in support of our state and communities during this unprecedented pandemic”, said Dohrmann. “We remain indebted to our families and employers for their understanding and support over the past year. Without them, we would not be successful.”

Currently the Fargo-based 119th Wing has begun its overseas deployment of over 100 Airmen while about 50 Soldiers of the Devils Lake-based 835th Engineer Utilities Detachment and 225 Air Defense Artillery Soldiers from the Grand Forks-based 1st Battalion, 188th Air Defense Artillery Regiment are training for possible mobilizations in support of U.S. Central Command (USCENTOM) and in support of the National Capital Region’s air space protection, respectfully.

North Dakota Guardsmen have supported, and will continue to support the response to this pandemic as long as they are needed. About 988 individual North Dakota Soldiers and Airmen have served on COVID-19 response duty, with about 240 assigned today.